ON-A’s first project was located in a summer resort town on the Costa Brava. The Lounge & Bar was designed for an existing central location. The resources used in the design are intended to stimulate all the senses: there are visual, chromatic, and auditory effects that contribute to the user’s overall experience, surrounded by an organic and particularly complex geometry. 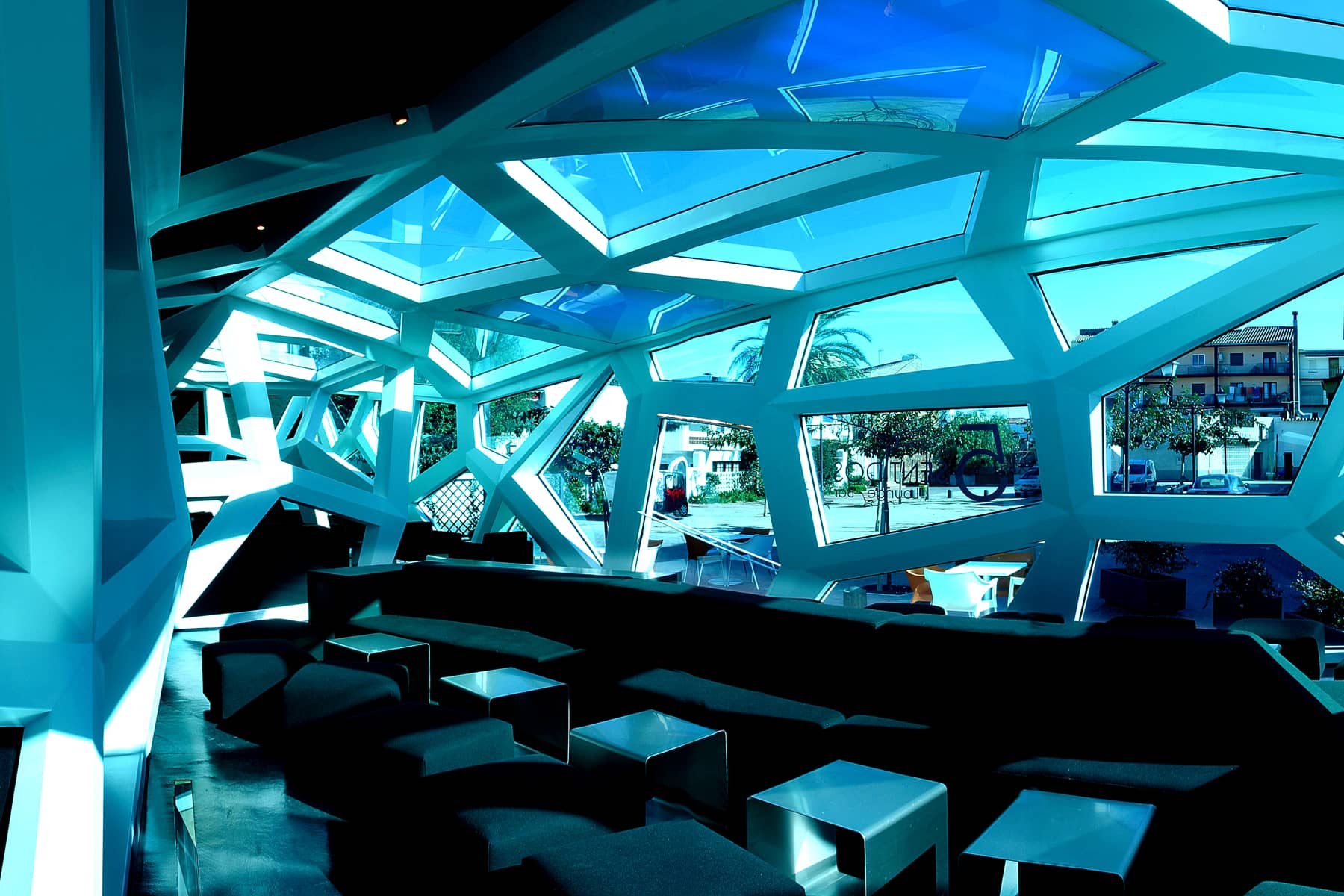 The uniqueness of this project stems from its structure, which may seem somewhat confusing at first but gradually becomes perceptible and ordered: a branching system that hierarchizes each space, while generating a transparency that results in a continuity which allows for interaction between users. In terms of the program, each of the areas comprises clearly defined uses: the bar area, a section reserved for groups, more general seating areas and, as the epicenter, the VIP zone.

Taking a regular footprint with a floor area of 200 m2, a long bar is surrounded by the two areas reserved for groups, and the common spaces that foster more interaction nearer to the bathrooms. The language of the structural matrix appears in plan through a pattern on the flooring that adapts to the geometry of the bar and the VIP zone.

The general design concept is based on generating a three-dimensional steel mesh which, in addition to forming the volume of the entrance, is pulled into the interior of the existing building as an extension that can be adapted to meet the programmatic requirements using the same material conditions.

The spaces are framed by the openings formed by the structural matrix: a three-dimensional mesh made up of more than 1,500 faces, offering complexity and richness to the overall appearance of the project. The layout appears to shift and change according to the lighting conditions and visitors’ vantage points.

The deployed metal mesh forms a complex three-dimensional network made up of 355 different pieces of 4 mm steel sheet. The location and orientation of each element are controlled through precise coding, as well as the respective profiles, which were laser cut to create the 1,538 faces that make up the structure. CNC folding machines were used for the assembly, which made it possible to shape each section, containing more than 1,200 angles.

Lighting was a fundamental parameter in generating the atmosphere for the main rooms. The transition from day to night is reflected in the overlapping of night scenes and atmospheres using RGB fluorescence to create chromatic combinations that transform the project into a generator of visual impressions.